A provocation for the Everyday Creativity Session at University of Warwick

This is the paper I presented.  I have included some of the slide images in the text below.  If you would like to view the presentation, please click here and remember to view the slideshow with notes enabled (bottom right).

Perhaps it’s always been thus: GREAT Art for THEM and Everyday Creativity for everyone else – for US.

Gamekeepers police the palatial borders of the classical-traditional-fine arts; the gated-estates of the commercial arts monitored by drones.  Outreach and public engagement programmes: TOKENISTIC attempts to play the incredibly duplicitous democratisation of culture game.  THEY do not want US to be part of THEIR Art!  Never have.  Never will.

And yet, as Gregory Sholette suggests, THEY depend upon OUR creative acts:

Like its astronomical cousin, creative dark matter also makes up the bulk of the artistic activity produced in our post-industrial society. However, this type of Dark matter is invisible primarily to those who lay claim to the management and interpretation of culture – the critics, art historians, collectors, dealers, curators and arts administrators. […]  Yet, just as the physical universe is dependent on its dark matter and energy, so too is the art world dependent on its shadow creativity (Sholette, 2003, pp. 4-5).

Spectres of hierarchy, paternalism, bureaucracy, technocracy, homogeneity, etc. loom behind a thin veil of ‘it’s for the people – for everyone’ policy rhetoric.  Democratisation of the arts offends cultural democracy.  It supports ‘official culture’; ignores or belittles other equally valid forms of cultural activities.  Sophie Hope:

With their intentions to democratise culture and take “quality art” to the working classes, the TUC, Centre 42 and the Labour government in the 1960s missed the opportunity to recognise cultural democracy by failing to acknowledge or fund the “cultural practices of the working classes” (Hope, 2011, p. 16). 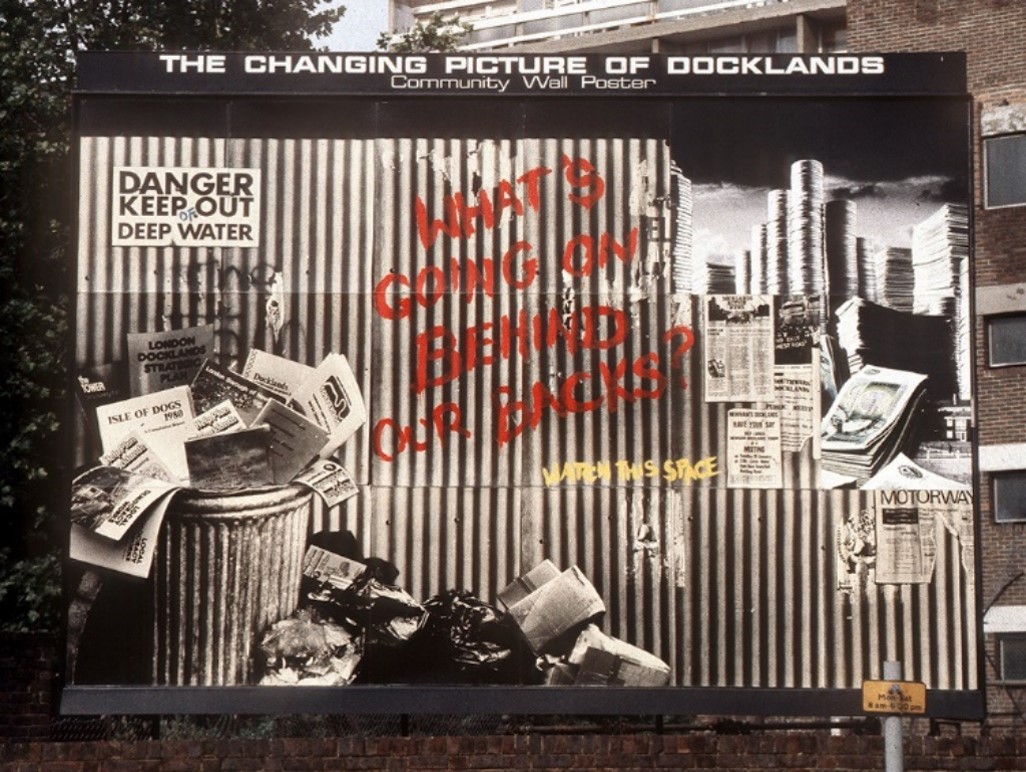 [T]he democratisation of culture can be seen as the compulsory imposition, on society at large, of the values of one particularly powerful group.  These values appear as neutral, and as natural.  Their imposition serves to downgrade the value of the preferred activities of other groups within society, which are designated as hobbies, folk arts, ethnic arts – or just plain quaint (Kelly, 1984, p. 101).

Where community art saw itself as a form in its own right, the addition of a final “s” enabled the participatory arts to become a method applied to all other forms.  So art forms and styles previously criticised as “bourgeois” could be recast as ideologically neutral, while their advocates adapted the once radical methods of community artists to the cause of advancing civilisation.  The techniques of cultural democracy were conscripted to the cause of the democratisation of culture (Matarasso, 2013, pp. 6-7).

I believe, as did Justin Lewis, that the roots of UK arts funding lie in ‘the paternalistic conservativism of the 1950s and 1960s’ from which was born an arts policy based upon paradoxical aesthetic values (now often termed ‘quality’) ‘that simultaneously promote elitism and universal accessibility’ (Lewis, 2014 [1990], p. 87).

Democratisation of culture is a form of cultural imperialism.  In the words of Su Braden:

[T]o take a particular art and expose a community to it in the hope that it will become less mysterious and more relevant [… is] reminiscent of the imperialist beliefs of fifty years ago, when our society imposed religion, laws and systems of democracy on other societies which were totally unsuited to them, asserts that if it is good and right for us it must be good and right for them (Braden, 1978, p. 180).

Dividing some creative activities or objects into art and not-art is always arbitrary; deeply divisive: a form of splitting.  A game only ‘experts’ or ‘anointed groups’ are allowed to play.

And yet our present conception and definition of Art is derived and developed from the Enlightenment, the industrial revolution: a division of labour and a division of the aesthetic realm.  Today Art is generally conceived of as ‘high art’, emanating from ‘fine art’; rooted in notions of unique beauty and unique knowledge.

But art was once a craft or skill.  To many, art did not exist.  Making buildings, carving marks into them, furnishing them, etc. was just that – some of it considered more pleasing and skilful than others.  Sculpting, painting, drawing, thatching, weaving, glass blowing, etc. – all skills.  Leaving marks on rocks, carving letters and symbols into wood, into trees, etc. were as commonplace as they are now, perhaps more so.  Everyone and no one was an artist then.  Taste existed, of course, but people did not define some things as Art and other things as ‘not art’.  Theatre, performance, music, writing, poetry, etc. were activities to enjoy, to take part in, to think about, and talk about.  All these things could also be useful – everyday.

Carnival gave the masses their chance to reverse status quos, be playful, vengeful.  Today, we look back at paintings, objects, buildings, music, theatre, writing, poetry, even cave paintings and declare some of them ‘Art’.  Yet people from earlier times, earlier cultures thought differently: they lived different lives.  The ‘experts’ canonised certain interpretations of human making as ‘art’ (and continue to do so) – historicism that leaves little room for human agency.  Elitist and divisive and intended to maintain superiorities and hierarchies.  Art as forms of commodity AND power: as ideology.  Of course, past acts of human making also served to maintain and reinforce power but not for the same ends as those of capitalism and neoliberalism.  Division and categorisation do not bring togetherness.

Today, carnivals have (particularly but not exclusively in Western cultures) been rebranded as safe ‘fun’ provided and approved (directly or indirectly) by the state; graffiti a crime; folk music virtually disregarded; crafts are crafts – not art.  Creativity follows humanity’s need to constantly attempt to express itself.  Not as a homogeneous act; rather as individual, personal acts.  The division of labour removed many of the rights of individual expression.

Thousands of human hand prints created by individual acts of blowing handmade, carefully collected pigments deep within clandestine (at least to some experts today) cave systems tell a different, more humanistic tale.  Acts of common human expression and creativity; collective acts: their meanings now perhaps lost to us.  Creative activities not ‘industries’.  They carry deep (now mysterious) insight into us, into humanity, into our drives to be creative – to express ourselves; our experiences.  They are both art and not art.  The objects remain; the motivations shrouded in passing time.

To some, we may be artists; to others we may not.  It doesn’t matter.  Our actions may be thought of as art or community work or public services AND may not be thought of in these ways.  Can imagination, creativity and social consciousness be means to building the empathy, integration and equality necessary to restore humanity, humility and even ecological/ human respect to society?

Classification is always institutional; always academic.  Life does not know classification.  It is an entirely human construct.  So is art.  Yet creativity is never a fixed concept.  Artists today represent a particular legacy of the capitalist division of labour.  Art is always work.  Work is not always art.  This does not mean art is superior (or inferior) to any other form of labour or action.  GREAT art is THEIR Art: high art; fine art.

Of course, creativity drives everyone, everywhere, every day.  Creativity has its roots in childhood.  It is instinctive.  Culture derived from playing and reality.  As psychoanalyst Winnicott said:

It is creative apperception more than anything else that makes the individual feel that life is worth living.  Contrasted with this is a relationship to external reality which is one of compliance, the world and its details being recognized but only as something to be fitted in with or demanding adaptation.  Compliance carries with it a sense of futility for the individual and is associated with the idea that nothing matters and that life is not worth living (Winnicott, 1991 [1971], p. 65).

We all create and define our own everyday creativity, our way, in response to our experiences of living; beginning with our relationship to our mothers.  We develop our creativity as we transition, as we individuate, as we experience.  We make our own potential spaces.  Winnicott again:

The place where cultural experience is located is in the potential space between the individual and the environment (originally the object).  The same can be said of playing.  Cultural experience begins with creative living first manifested in play (Winnicott, 1991 [1971], p. 100). 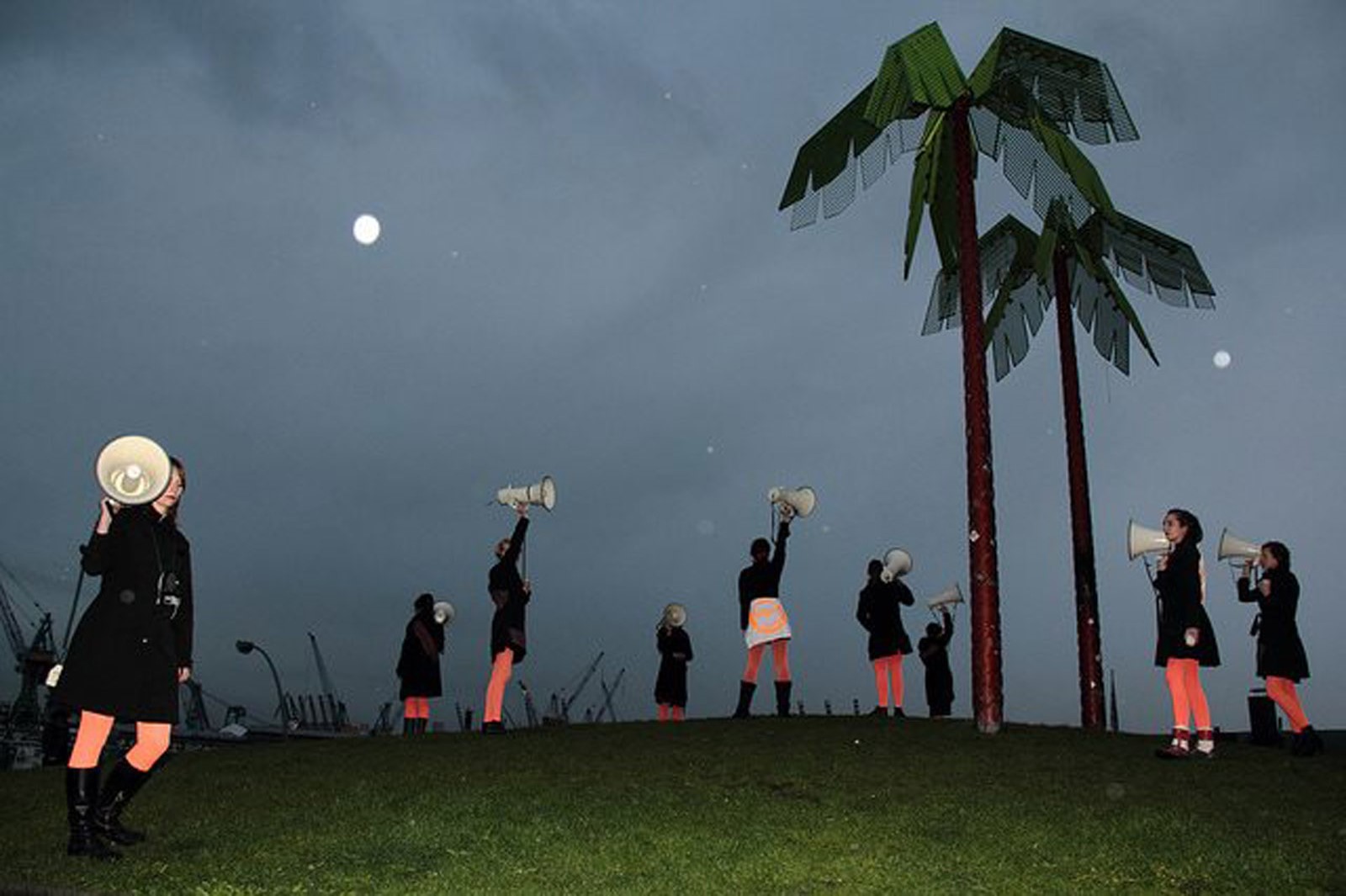 We need potential spaces not people and places.  Self-initiated self-discovery: the realisation of creative potential (Davis & Wallbridge, 1981, p. 169).  A far cry from ‘projects’ initiated by the state via (not very) arms-length bodies, initiatives like Creative People and Places and all of the other institutional outreach activities are funder-initiated.  The terms of engagement are determined many miles away from the places where people don’t take part in the state’s authorised arts and cultural offer; in ivory towers that always reinforce class ceilings, by people who see, for deeply ideological reasons, the under-participating masses as in dire need of a good dose of ‘civilisation’.  Power in the hands of the few.  Not institutions who must, according to funding criteria, tick boxes.  Not uncomfortable ‘new’ partnerships tasked with delivering art to new people in new places.  Not artists often paid less than recommended rates to carefully comply with increasingly prescriptive project briefs and outcomes that perpetuate division of labour and precarity.  Certainly not people: not participants.  They have no power other than to choose whether to participate in a ‘trickle-down’ offer of what amounts to little more than the scraps from the table of our long-standing oligarchy, the English cultural elite.

Creativity already exists everywhere.  Let’s not reduce people to numbers and places to little more than pretty coloured pins on simulated maps.  The stiflingly policed borders of compliance are unnecessary when we learn to trust people, when we look beyond the false constructs of ‘Art’ and ‘artists’.

Holden, J., 2008. Democratic Culture: Opening Up the Arts to Everyone, London: Demos.

Hope, C. S., 2011. Participating in the ‘Wrong’ Way? Practice Based Research into Cultural Democracy and the Commissioning of Art to Effect Social Change, London: Birkbeck, University of London.

Lewis, J., 2014 [1990]. Art, Culture and Enterprise: The Politics of Art and the Cultural Industries. Abingdon and New York: Routledge.