This post is an initial attempt to describe an extraordinary socially engaged art commission I was lucky enough to co-create with artist Stevie Ronnie.  The work was participatory; the exhibition likewise.  The opening was Friday 6th June.  The work is on show until the end of July, so this is my reflection of our work up to the exhibition and what happened at the opening… 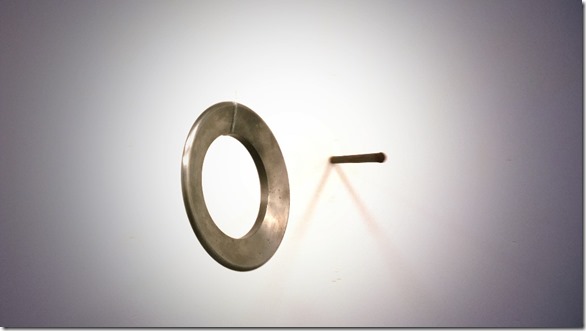 Commissioned by: The Whistle Art Stop

northerngame is a project that has really just begun.  It’s about going to pubs in rural locations, watching a traditional sport, chatting to the people taking part and spectators, drinking, trying things out for yourself, listening, observing, meeting people, and, most of all, learning.  northerngame is also about socially engaged arts practice as grassroots community engagement and contemporary art spaces in (this case) rural places.  It’s about developing trust, being irreverent, going to odd locations, talking, thinking, making art that can be remade, and playing games as old as their even older hosts – the hills and dales of the North Pennines and South West Northumberland.

The project is about quoits – an ancient and traditional game with its own language, a strong sense of community, yet mysterious and little known outside the circles of those who play the sport.  There are strict rules, teams, league divisions, cups, local small business sponsors, individual competitions, festival ‘open’ games, and competition and camaraderie in equal measures.  The league games mostly take place in pubs and working men’s and conservative clubs; outside, in beer gardens and adjoining fields.  Some pitches are well kept, others a little ramshackle.  The overriding feeling is of ‘make use of what’s at hand – that’ll fettle it.’  The measurements are in yards: the pits one yard square; distance from hob to hob must be eleven yards.  Well, that’s the case for the ‘northern game’ as played in the Allen Valley Quoits League.  There are others, including the Scottish ‘long game’ with a larger throwing distance of eighteen yards and quoits that are twice as heavy!  There are also grass versions of the game (often played at local festivals and shows).  There is a strong sense of DIY.  This appeals to our creative ethos – independence, community, do-it-yourself (or with the help of others who fancy getting involved/ having a go).

So what is northerngame really about?  It’s a socially engaged art project, plain and simple.  It’s about grassroots engagement with local people who don’t (on the whole) go to art galleries or understand contemporary art or socially engaged art or (for that matter) what we’re doing.  Or didn’t…  It’s also about helping a contemporary art gallery in the post-industrial town of Haltwhistle engage with new local audiences and participants in a way that’s simultaneously understandable and unusual.  We tried to be slow and sensitive; honest; organic.  The final works in the exhibition were unknown until days before the opening.  Artist Stevie Ronnie researched the sport and visited various locations and watched games; we took part in some too.  But, although Stevie had cameras and other equipment with him, we didn’t ever even suggest using them to document players or their stories.  It just wasn’t right at the time.  Conversation and participation were paramount.  We wanted to avoid exploiting people or constructing situations.  We felt playful.  We were welcomed.  We were privileged.

Stevie and I thought and talked long and hard about the exhibition – how it might look, what it could contain and what it couldn’t, and how it might be received.  The intention was that the space should be playful, interactive, inviting participation yet also free from instruction.  The hope was that visitors would make their own choices about what they felt comfortable touching, moving, banging, clanging, throwing – even cleaning!  The installation is in a white cube space.  It plays to the minimalist aesthetic of contemporary visual art and, at the same time, also jars against it.  It defies convention and reimagines traditions. Not art traditions.  Rural outdoor traditions.

The exhibition consists of one large white-framed letterpress piece, The Vocabulary of Chance Meetings on Blue Clay, containing words often used by quoits players but, perhaps, alien to outsiders, and three smaller white-framed Lambda prints produced by Stevie during a visit to a disused quoits pitch at Allenheads Inn entitled Blue Clay and Hob, The Covering of the Blue Clay Pit, and Here, Where a Team Stood on the Blue Clay.  These works are elusive and beautiful – perfectly aligned with contemporary visual arts convention.  Stevie’s other work Ring, Ringer, Wring mixes materials in a series of three linked installations comprising: a steel hob (stake) installed in a gallery wall with a brand new quoit suspended on shark wire swinging gently next to it; a centrally placed yard square reclaimed wooden box containing blue clay with another hob sitting proud of the surface and another brand new quoit; and a rough handmade stone bench with rusting bucket, scrubbing brush and beer towel – the bucket contains muddy water.

Ring, Ringer, Wring blurs boundaries between what is art.  That is the intention of the entire project.  We question the nature of art, white cubes, audience as viewer/ participant.  We do this because it is playful.  Because people who go to galleries will hopefully feel unsettled, uncertain of whether to touch or just look.  Because people who don’t go to galleries might feel the space is fun and interactive – maybe not recognising all of the works as works of art.  In this sense, northerngame is an experiment – risky.  Not an exploitative one, rather a participatory one.  The opening was it’s test.  People from the ‘art world’ came along with local people and their children, and most importantly, quoits players came.  The quoits players travelled from as far as forty miles away to have a look.  They brought unusual quoits.  They chatted, drank beer, threw some quoits in the gallery, talked a bit about art.  Children swung and banged and clattered the suspended quoit against the wall-mounted hob over and over and over again until the white cube wall surrounding the hob began developing indentations and muddy impressions – marks made by people having a go.  The gallery rang loud as one person after another swung the quoit against the hob then watched as it danced, drawn back towards the hob in an almost perpetual motion.  The lambda prints were no longer spirit level straight but that was all good – they found their own place again and again.  People threw the other quoit into the blue clay box, aiming for the hob, sticking it in the clay, holding it, even brushing and washing it – the muddy water spattering across the newly painted gallery floor and up the fresh white walls.  The project seemed to find something for everyone.  That is what we hoped to achieve.

Most importantly of all, the quoits players were a bit bemused by the exhibition but enjoyed something different.  They talked to traditional arts audiences and to local people and children animatedly about their passion for their sport.  They brought more objects that are now part of the installation.  They were surprised there were no photographs of them or other players in the exhibition.  This surprised Stevie and I.  We knew we hadn’t taken any images of them; hadn’t even really asked.  But now they seemed to be giving us an invitation…  Looks like there’ll be a return match!  Such is the nature of northerngame.