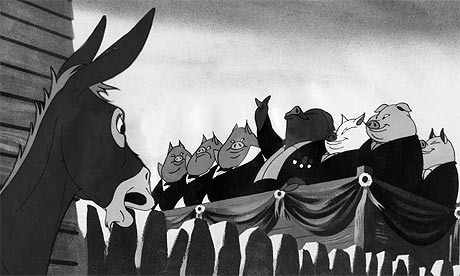 Academics wonder if this inequity is a class, race, gender thing.  Politicians and policy makers enthusiastically call for fairer opportunities.  Some say: Art for everyone.  DCMS trumpets the need for diversity then appoints an all male, white and middle aged committee.

I’m bemused.  We all knew state and market-driven arts and culture was highly hierarchical, didn’t we?  We know it still is, don’t we?  Even voluntary or the deeply derogatory ‘amateur’ arts often have hierarchies of one sort or another.  So is inequality in arts and culture really as simple as an issue of social class, gender, race, etc?  On many levels, it’s true that social status opens doors or slams them in our faces.  Arts organisations up and down the land are staffed by graduates, led by middle class arts administrators and filled with well-meaning middle (perhaps even upper) class trustees and board members.  Not all.  The bigger the organisation, the more likely that opportunities narrow.  Smaller organisations tend to be more open.  These are, of course, generalisations.

But big London and national organisations are different.  Their boards are full of wealthy and uber-wealthy people – some are government appointed.  They are sponsored by wealthy banks, hedge funds, etc.  They receive large amounts of state funding.  And now these same organisations and the same people leading them are branching out.  They are setting up all sorts of Creative Industries groups, partnerships and federations.  Others in the field suggest we join them.  Why?  I’m not sure.

THEY ARE ALL THE SAME FEW PEOPLE.  UPPER CLASS BANKERS AND SUPER RICH.  THEY give to the arts of their choice.  They are capitalists.  They are often part of the 1%.  Their calls for greater equality in the arts are hypocritical.

THEY cannot lead the revolution needed to make arts and culture more equal.  THEY do not want to.  Not really.  They are neoliberals.  They band together to create an even more inequitable arts and cultural field.  THEY influence decisions.

But we are many.  Dark matter, as Gregory Sholette often describes those outside of the system.  Only a truly culturally democratic world of arts and culture can begin to offer fairness and equality (or equity) for all.  This means ending deeply entrenched status quos, not tinkering around the edges.

The art world is frightening for people like us.  But we cannot stay quiet.  We must say NO.  We must organise however we see fit.

IF WE TRULY BELIEVE IN EQUALITY IN ARTS AND CULTURE, WE MUST STRUGGLE TO MAKE THIS HAPPEN.

We must unearth the roots of inequality in arts and culture, starting with those in the know and their (in)vested interests.  Just as we must do the same in all areas of our deeply unequal neoliberal societies.